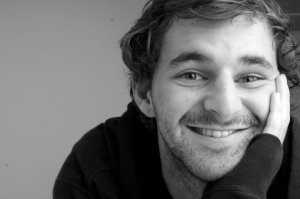 Rewind five years and put Kenny and I in the same high school. I doubt we would have crossed paths. Even today I don’t think, if we’d never had met, that someone would say we’d become good friends. Yes many would say I would find Kenny nice and funny and they’d tell him I was sweet and hilarious (haha, I ranked myself funnier…which isn’t true). Now, rewind to October 2009 where Kenny and I met at LatteLand. Here you have me, a tall modestly dressed gal meeting a guy who’s in a bright neon t-shirt with a super long beard and skater shoes. This is why I hate labels. People look at who we are on the outside and think “they’d never become friends.” Well…tisk tisk on them. Having met Kennedy Cole has been one of the greatest privileges I’ve had.

This is an excerpt from my journal (re-written so it would work here…ya, not my style of journaling, not that fancy!) about when I first met Kenny:

Kenny Cole came on bar shortly after Anna and to me at first he was a young version of Robin Williams or Jim Cary. Not only is his name awesome, his personality and characteristics are even more tremendous. He is a warm-hearted, entertaining, understanding guy who has the ability to lift anyone’s mood and working with him made my day. People thought I was obsessed with him. If I saw our names collide on a schedule I would squeal “Keeeeenny!” I admire how he knows he carries a little kid spirit and he walked in to work, hiding nothing. He didn’t talk much, but he probably thought I was crazy. Anything he did made me laugh. He would do an Irish hopping dance thing to the drive-through and I would burst out laughing. I love how he isn’t scared to try new things or go on adventures. This is because I don’t. I’m Mother Mary and he is Kid Kenny (this sounds like Kid Cudi…who he hates). My hope is Kenny does what makes him tick-whether that’s skate-boarding, painting or teaching, he needs to be involved with moving and kids. 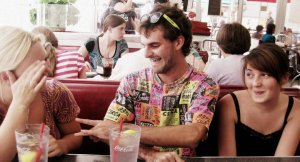 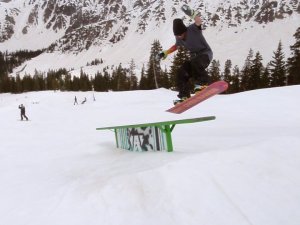 Everyone grows to love his peter-pan spirit and zest for having fun. He has the rare ability to make anyone laugh…or super ticked because he is the master of pranks. For example, Kenny and Hunter once uploaded Suicide Silence on my iTunes and renamed all the songs the exact titles from Michael Buble’s CD. So, two weeks later when I turned on Michael Buble during a relaxing session I jumped my living self out of my body because this horrifying death music blazed in my room. Awful. That most likely shed a year off my life. 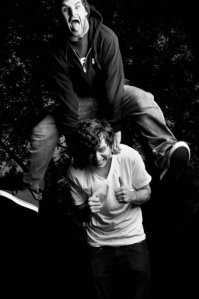 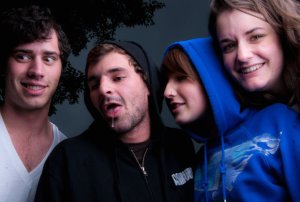 Kenny and I have been through enough to where our heads have totally collided and we simply just didn’t see eye to eye. I mention this because I want to honor him for being an initiator to apologize or call for a “communicating session” where we get back on the same page. Kenny doesn’t like confrontation and as someone who’s used to being the communicating initiator I gained a lot of respect for him because I know it’s not comfortable for him. Whenever someone DOES confront something even when they’re uncomfortable that can communicate they care. Which brings me to this…

Can you guess? Kenny cares!

Mr. Cole, Kcole, Kennedy, has become a brother of mine. He teases me, knows exactly how to press my buttons but on the other side of things he is protective and caring. The last six months in Kansas have been rough for different reasons and I specifically remember walking into work one day not too long ago and just needed to cry after coming from school. I like to say I’m tough and strong willed and all those traits independent women love to say they have/are, but when you have a bad day the best thing you can do is cry and move on. Especially if you are being paid to have great customer service. And that’s what I did. Actually, I walked in trying to be tough but my emotions don’t hide and Kenny asked within five minutes what happened. After a few minutes of venting and a few minutes of Kenny giving his advice we moved on with the shift. We moved on because if I had a bad day Kenny almost always went out of his way to make it easier for me. Sometimes that meant to leave me alone, give me an ear or to distract me with hilarious quirky things. I was spoiled. 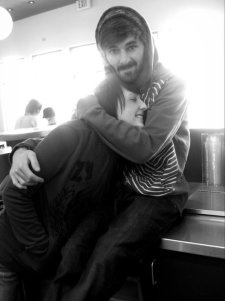 My favorite story of Kenny being protective happened just a few months ago. We were working the morning shift and while he and the other co-workers were at the drive-through I was running in-store drinks. One regular customer chose to seek me out and really, be a complete punk. He wanted me to toast his scone (honestly? How can you cut a fresh scone without it falling into crumbs…?!!), melt his butter before I put the scone in the toaster all while making sure I had put in just the right amount of ice cubes in an iced drink that wasn’t even for him. Kenny could sense something was going on so he headed down and assessed the situation. This customer, who I see once, sometimes twice a day thought saying “your doing everything wrong today” and “why are you messing up?” would grow a smile on my face. Uh, no. Mary Lentz takes no disrespect. Neither does Kenny. I chose not to say anything and ignore the comments (so much for taking no disrespect) just because he had never talked to me like this before and I thought he was just having a bad day. I’m not sure what Kenny had heard but he brought the scone up to this customer and said “this is the last day we are toasting your scone. And Mary is doing fine and isn’t messing anything up….and that drink is how your wife has asked us to make it.” Kenny then took it upon himself to tell our manager what he saw and from then on out Kenny went out of his way to help that customer so I wouldn’t have to.

Another favorite story happened in January of 2010. Kenny and Anna decided to take me and Hunter to an abandoned slaughter house. At night. If anyone knows me they know I most likely wouldn’t have even thought of going. But with Kenny and his pep-talk about how it would be of course made it sound like fun. Long story short, the walk to the slaughter house was beyond scary and my mind was going absolutely wild. I feel like I ruined the trip because I did get scared and barely made it inside. However, I made it as far as I did because Kenny promised he wouldn’t scare me and stuck right beside me cheering me on. I say I ruined it because I know Kenny really wanted to run around and have fun because he wasn’t the least scared. A 30 minutes drive turned to be a 3 minute stay and instead of him calling me a big baby in the moment he just wanted to make sure I was okay. 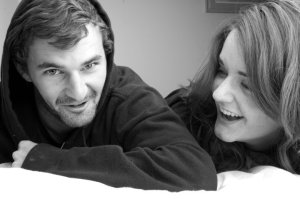 Kenny has made me comfortable with simply, having a more childish spirit. I remember after hanging out with him for a few months and going home I surprised my sister Anna with how much, as she calls it, “weirder” I had become. By weird I mean making funny noises, laughing at the little things, wanting to watch Disney movies or making up games. He isn’t afraid to do anything that’s on his mind. He’ll make animals out of the aluminum foil at Chipotle, run around Goodwill with a colorful poncho on that he found or make a special trip to Wal-Mart just for candy. For my birthday this year he suggested we go to a shooting range. Unfortunately they were closed because it was a Sunday. So Kenny, Hunter and I went mini-golfing and then to Wal-Mart to pick up dinner and buy a board game which we played the rest of the night. Kenny is one of my favorites to have good clean fun with and I’m lucky to have had so many fun memories with him.

Anna moved in August of 2010, Hunter shortly left LatteLand in October which left Kenny and I together at work up until just a few weeks ago, April 8 where he moved to pursue his hopes of becoming a tattoo artist in Colorado. I miss having a buddy to paint, laugh and make coffee with but I’m happy Colorado gained a Kenny Cole and will be infected with his honest, fun-loving spirit.